About Our Club The Phoenix Taekwondo Story

The Phoenix Taekwondo story began in 1996, founded by twin brothers Chris and Russell Pearson now 5th Dan Master grade and 4th Dan, with over 30 years experience of many forms of Taekwondo and other martial arts between them, our instructors philosophy is to pass on to our students all the different aspects that Taekwondo has to offer and to allow our students to choose how involved they wish to become and to which aspects they wish to apply themselves. Want to know more ? Come and try our classes.

We literally have a family of qualified instructors! Instructors Dr Chris Pearson and Dr Russell Pearson are also supported by our female instructors Dr Eunmi Pearson (3rd Dan Black Belt) and Ms Juliette Pearson (2nd Dan Black Belt). Chris, Russell and Eunmi are all Taekwondo instructors and referees. Eunmi is our Korean language expert keeping in touch with what is happening in Korea - the heart of Taekwondo. Moreover, Chris has graduated from the prestigious International Instructors Course in Korea. In 2012, the Phoenix Taekwondo club was awarded a prize of Olympic signed memorabilia by the National Taekwondo governing body for being the fastest growing club in the U.K.! Aside from their Taekwondo success, our Black Belt instructors have also excelled academically, achieving 1st Class degrees in Astrophysics, Mathematics, Literature respectively and Doctorates in Cosmology and Literature/Pedagogy at University. All our instructors are parents themselves and understand the positive effect learning Taekwondo can have on children.

The Bigger Picture Peace of Mind

Although Phoenix Taekwondo is a family run club, we are not small and are one of only a dozen '100 Member' clubs recognised in the U.K. Phoenix Taekwondo is affiliated to World Taekwondo (W.T.) and British Taekwondo which was the only official governing body for Taekwondo at the 2012 London Olympics. The BT is a member of W.T., British Olympic Association (BOA), the European Taekwondo (ETU) and recognized by UK Sport, the government agency for High Performance Sport. All our certification is officially recognized by the Taekwondo world headquarters in Korea – The Kukkiwon. All our Black Belt certificates are directly issued from The Kukkiwon. In addition Phoenix Taekwondo enjoys ties with sister clubs in both Korea and Japan.

Our club has a definite international flavour. Before arriving in Didcot, Phoenix Taekwondo ran a large class at its London Greenwich venue. Phoenix TKD also enjoyed international success with its Taekwondo school in Tokyo Japan. We also maintain links with a sister club in South Korea.

Enjoyment The Secret to Learning

Students at Phoenix learn in a disciplined environment but the instructors recognize the importance of making Taekwondo fun and feel that humour and laughter has a definite place during training. If a student is not enjoying what they are learning it will not be long before they no longer wish to learn.

Our club has trained many students Black Belt level or above. Members of the club have also achieved success in tournaments both in Great Britain and abroad.

Enquire about our Club See What it is all About

We are always happy to answer questions or discuss matters with an open policy. Please feel free to approach us at the class. Alternatively by phone or by E-mail: no matter is too trivial.

Find out more about our classes and Taekwondo using the links below !

Junior Class: Continue your child's Taekwondo journey at their own pace in our Junior classes from ages 8+. Read More

Adult Class: We provide Taekwondo training for women and men from beginner through to Black Belt in a friendly atmosphere. Read More

Family Class: We also provide the opportunity for parents and Juniors to practice Taekwondo together at our family classes. Read More 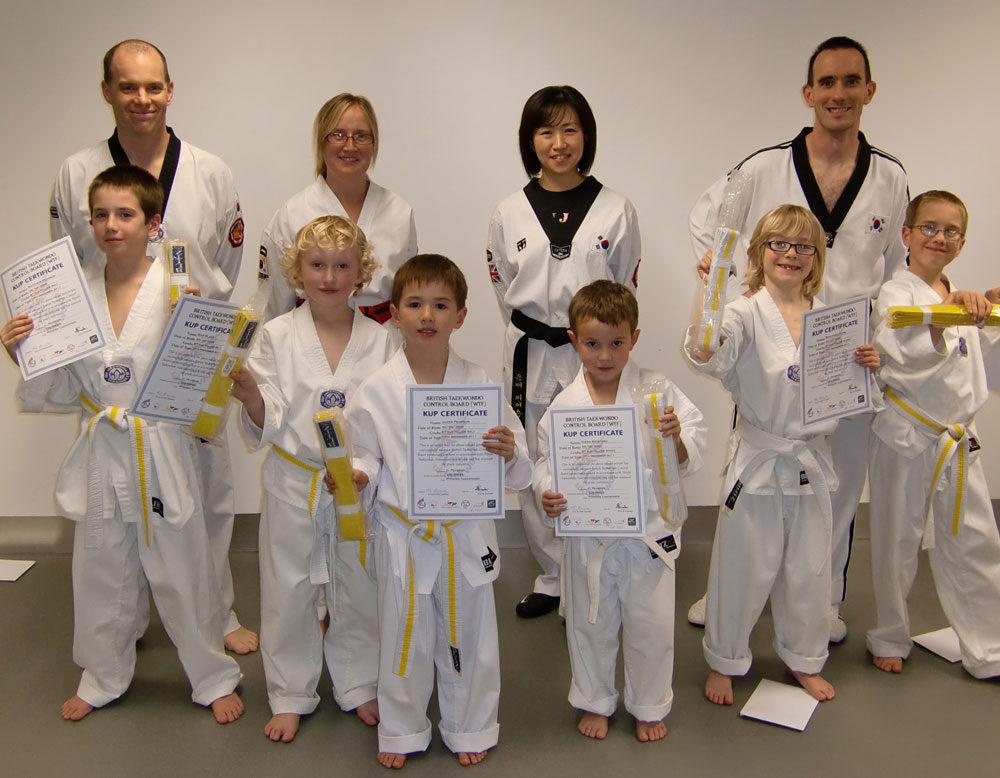 Although we are a family run club, all of our instructors are national qualified, fully insured and DBS/CRB checked. We have a mix of both male and female instructores and moreover we all have children of our own can understand children's participation in Taekwondo from a parents point of view. 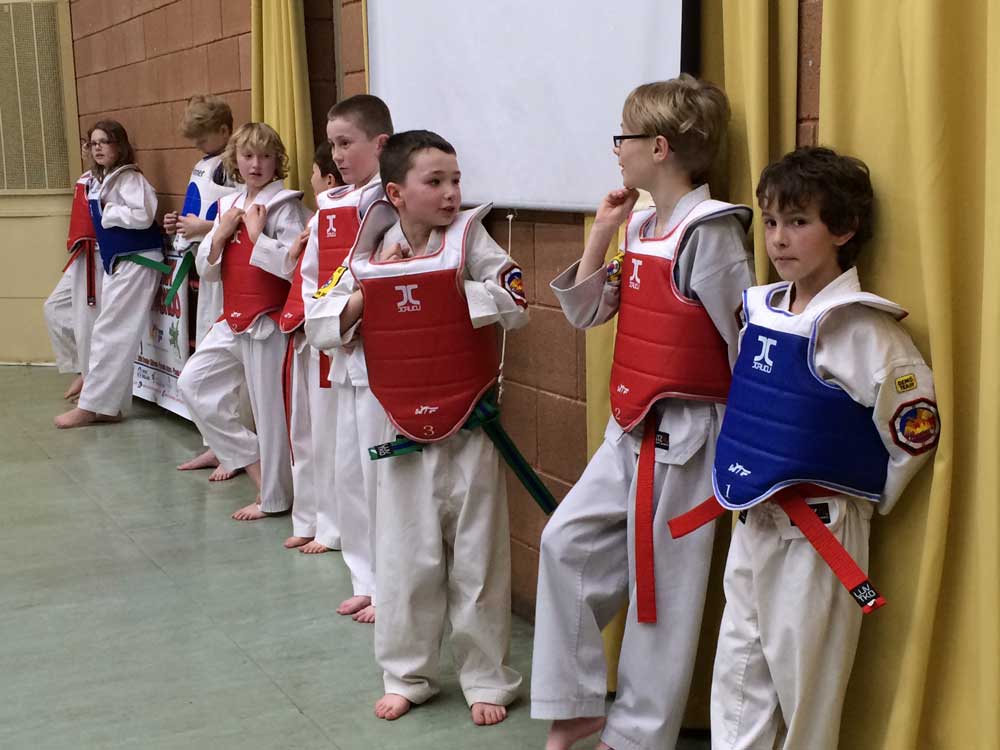 Taekwondo is an extremely effective form of self-defence originally from Korea and although a relatively new Martial Art it has its origins almost 2000 years ago.

Taekwondo is now an official Olympic Sport and was featured in the 2012 London Olympics but the art also maintains its image as one of the most effective forms of self-defence in the world today.