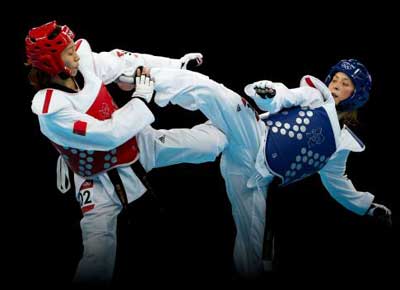 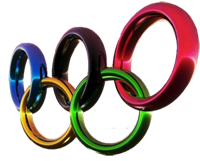 History of Taekwondo how it all began

Although Taekwondo is a relatively modern martial art, effectively created in 1955, its origins are deeply rooted thousands of years ago in the area now known as Korea. The origins of Taekwondo are interwoven with the history and turbulent development of Korea itself. The area of South East Asia now known as Korea forms a small peninsula on the edge of China, across the sea from Japan.
Click on the sections below to find out more about the long history and origins of our Martial Art!

Existence of some kind of ancient settlements along the Korean peninsula date back more than 30,000yrs. According to legend, Korea itself was founded more than 4300 years ago at a region known as Taebaek (now known as Mt. Baekdoo). Korea endured a turbulent and violent history starting in 108B.C. when the northern half of the peninsula was conquered by China, creating 4 kingdoms. Korean tribes liberated 3 of the 4 in 75B.C. only the Chinese province of Lolang survived. During the period 100-200A.D. the Korean tribes united to form 3 kingdoms, Koguryo (who finally conquered Lolang) , Paekche and Silla. It is during the Koguryo dynasty that some of the earliest examples of an organised system of fighting arts in Korea are to be found on paintings on tomb walls along the Apro river. In contrast, it was not until 525A.D. that the Indian Buddhist monk Bodhidharma organized mental and physical disciplines in the form of self defence known as Chaun Fa (the roots of Kung Fu) in the Shaolin temple in China.

In 668A.D. Silla conquered the kingdoms of Koguryo and Paekche. For the next 200 years Silla flourished due to strong links with China. The martial art of Silla was known as T'ang-Shou meaning T'ang hand (from the Chinese T'ang dynasty). The native Korean fighting system (Tae Kyon), based heavily on kicking techniques were not only practiced by monks and religious orders but also by the general population. It was during this period that the Hwa Rang were born. This was an order similar to the Japanese Samurai with membership restricted to only the noble, patriotic and well educated youths. The art of Hwa Rang Do (meaning: Way of the flowering manhood) incorporated unarmed combat, swordsmanship, archery and horse riding. The Hwa Rang also adopted and refined the techniques of Tae Kyon as part of their training. Hence the martial arts of T'ang shou and Tae Kyon merged and their influence spread throughout the whole of the Korean peninsula. Unfortunately, during the 800's internal warring factions almost tore Silla apart, until 935A.D. when General Wang Kon united the country and renamed it Koryo. During the Koryo dynasty the martial arts of Korea were standardized and taught to the military under the general name of Soo Bahk.

During the 1200's marauding Mongol tribes conquered and occupied most of Korea until Koryo regained its freedom in 1368-88 when General Yi Songgye became king and renamed the kingdom Chosen, founding the Yi dynasty. During the Yi dynasty (in the 15th century), philosophy, art and scholarship were held in higher respect than the martial arts, Confucianism replaced Buddhism and the Hwa Rang were disbanded. The martial art of Tae Kyon fell into disrepute. For almost 200 years Korea shut out the rest of the world except China. It became known as the "Hermit Kingdom".

In 1910 the Japanese overran Korea and banned the native Korean martial arts. However, Koreans inducted into the Japanese military exposed the Japanese to Tae Kyon just as Korea was exposed to the martial arts of Karate, Kendo, Judo and Aikido. During this period there was a blending of the different fighting systems resulting in a refined Korean art utilizing many of the Japanese techniques while still retaining the dynamic, explosive kicking techniques of Tae Kyon. After World War II Korea started to rebuild its martial arts, representing them with 5 schools; Mooduk Kwan, Changmu Kwan, Jido Kwan, Kangduk Kwan and Chungdo Kwan.

However, this period of peace was short lived as from 1950-57 Korea was embroiled in the Korean War between the North & USSR and the South & United Nations. The war tore families apart across the north south divide at the 38th parallel and still remains unsettled to this day. During the war a South Korean general called Choi Hong Hi taught the ancient system of Tae Kyon to his troops. After the war Choi Hong Hi became a prominent character in the promotion of the Korean fighting arts.

In 1955, Choi Hong Hi founded his own style of Chung Hun based on the old styles of Soo Bahk, Tae Kyon and also Shotokan Karate. In 1961 all the small groups and schools in Korea joined an umbrella organization known as the Tae Soo Do Association under its first president Choy Myong Shin. The expansion of the Korean martial arts into the western world was significantly enhanced when many western soldiers returning from the Korean war having experienced the fighting systems, some even gaining Black Belts, set up their own martial art academies.

In 1965 the Korean martial art's umbrella organization changed its name to the Taekwondo Association under the recommendation of General Choi Hong Hi. On March 22nd 1966 Choi Hong Hi founded the International Taekwondo Federation (ITF). However, after General Choi toured North Korea, the Korean Taekwondo Association formed the World Taekwondo Federation (WTF) in 1972. The WTF is based in Seoul, the capital of South Korea. Soon Taekwondo gained the full support of the Korean government and was made the national sport of Korea. In 1973 the first world championships were held and in 1980 the International Olympic Committee recognized the WTF. Taekwondo has become part of the Korean way of life with the art being taught in schools from an early age and also to the Korean military.

Taekwondo is the national sport of Korea but is now widespread throughout the world including the United Kingdom and Japan (home of famous martial arts such as Judo & Karate) with more than 70 million people practicing the art worldwide in more than 130 countries, with new students joining all the time enticed by it's spectacular yet extremely practical techniques.

In 1988, Taekwondo debuted as a demonstration sport at the Olympic Games in Seoul and again four years later in Barcelona before finally being admitted as an official Olympic sport for the 2000 Sydney Olympic games! At the 1988 Seoul Olympics, the world was teated to an absolutely stunning demonstration of hundreds of Taekwondo practitioners as the centre piece of the Olympic opening ceremony 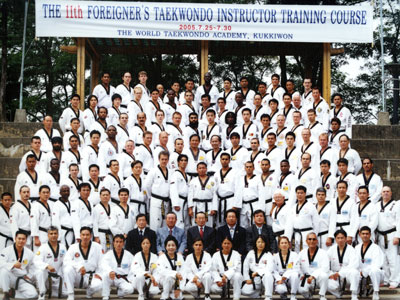 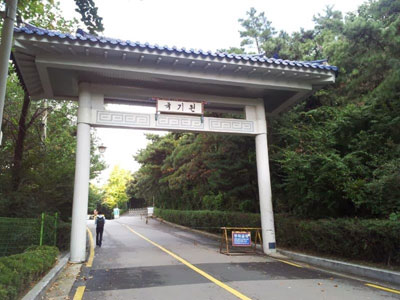 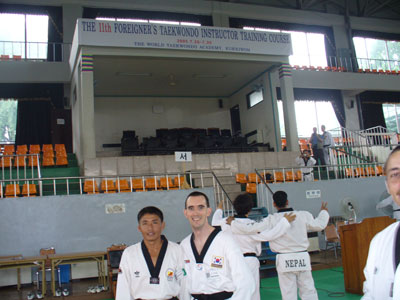 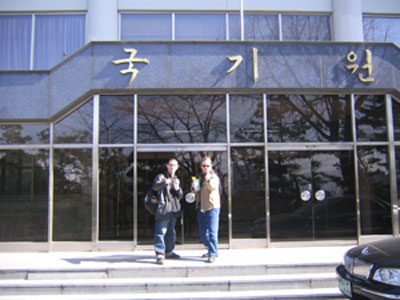 The sport of Taekwondo is administered by the global governing body, the World Taekwondo Federation (WTF) with its headquarters based in Seoul, South Korea. However, the home of Taekwondo is the Kukkiwon based in downtown Gangnam, Seoul, South Korea. The Kukkiwon looks after the worldwide registration of Black Belts including certification. When you pass your Black Belt grading examination you will receive an official certificate and ID card/number issued directly from the Kukkiwon in South Korea. The Kukkiwon itself holds regular Black Belt grading examinations and also hosts the prestigious one week international instructors course for foreign Taekwondo instructors.

Taekwondo is an evolving martial art and sport that is still growing from strength to strength increasing the number of practitioners worldwide every year.