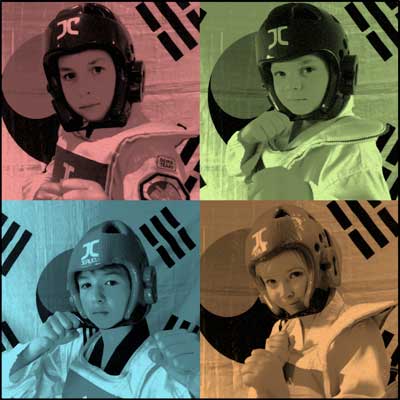 Over the last 5 years we have enjoyed seeing Phoenix Taekwondo grow from a handful of students, through being the fastest growing Taekwondo school in the entire country, national medal winners, first Black Belts, to being recognised by the national body as one of only a dozen or so "100 member" clubs in the country! To celebrate this grand alignment of anniversaries, we created a big Taekwondo showcase extravaganza in 2017 on Saturday 25th February. The Stage Show is known as "The Journey". We appeared as part of the Amey Theatre Abingdon's 2017 schedule of performances with all of our students being part of the celebration. The Amey Theatre is a spectacular venue with professional auditorium, lighting and sound! This Taekwondo demonstration extraordinaire involved all our students, whatever their age, experience or Taekwondo grade and showcased all the aspects of Taekwondo, traditional and modern. All students will be taking part whatever their age, experience or Taekwondo grade! If you missed out: check out the original trailer here, and and the final trailer here.

Raising more than £1400 for the ROSY charity

The Journey has for everyone, no matter your age, grade, experience, whether you are interested in spectacular demonstrations, funky Taekwondo dance, wood destruction, sparring or just want to show off your Taekwondo skills and have a good time in general! Tickets for the show were purchased through the Amey Theatre official box office. All of the proceeds from the event went to the deserving local Oxfordshire charity ROSY: Respite nursing for Oxfordshire's Sick Youngsters, helping to support terminally ill children.

Taekwondo: the Journey - It was a fabulous but moreover FUN show and everyone enjoyed just taking part!