About Taekwondo a complete martial art 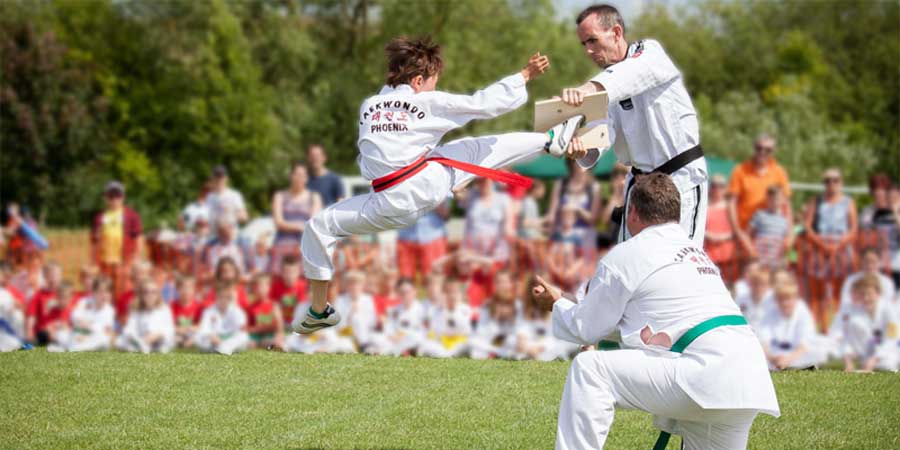 Tae Kwon Do is best known for its spectacular and widely publicized kicking techniques and exciting competitions. However, it is in fact a much more complete martial art incorporating a mix of the styles often seen in Karate, Aikido, Kung Fu and even Judo. Taekwondo holds a unique position of proficiency as both a competitive (Olympic) sport and an extremely effective form of Self Defence. Moreover, Taekwondo is still actively incorporated as the prime method of self defence in particular for the Korean armed and security forces and other security services around the globe!

At first sight, Taekwondo looks very much like Karate and indeed many of the basic blocks, punches and kicks are very similar. However, it is the dynamic and evolving techniques, especially the kicks that makes Taekwondo unparalleled in its speed and application. However, Taekwondo remains an easily accessible form of self defence being widely taught to more than 70 million people worldwide. It is ideal for children, where it installs a degree of confidence, discipline and respect and to women, where it provides an easily learnt, simple and effective form of self defence not reliant on size and power.
Come and find out more about this amazing Martial Art with Phoenix Taekwondo!

Taekwondo: A Martial Art without boundries

Great for kids. Ideal for women. Enjoyed by families
Return to top